When the utilicon worked to Holsworthy in November, the opportunity was taken to stop at some places on the Bude Branch (covered in Item 31 on the C.R.S. pages) and the scout resolved then to return to Halwill Junction in summer for a route refresher.

The station only went by the name Halwill Junction for a while. It began as Halwill and Beaworthy and ended as plain Halwill, although the Railway Clearing House Index to Stations had it as Halwill for Beaworthy.

Nevertheless, the settlement that grew around the railway was called Halwill Junction and today its name acts as a memorial.

All that remains of the station is the end of the light railway’s bay platform, where passengers joined the train for stations to Torrington. It lies at the start of a Devon Wildlife Trust nature reserve, where an information board remarks that “man borrowed the land from nature.” This woeful simplification does not mean to say that the world is better without the intrusion of the railways, for it can hardly be true that making a nature reserve from a few acres of the highly engineered guided transport system is any compensation for the widespread horror that has been let loose in its place. 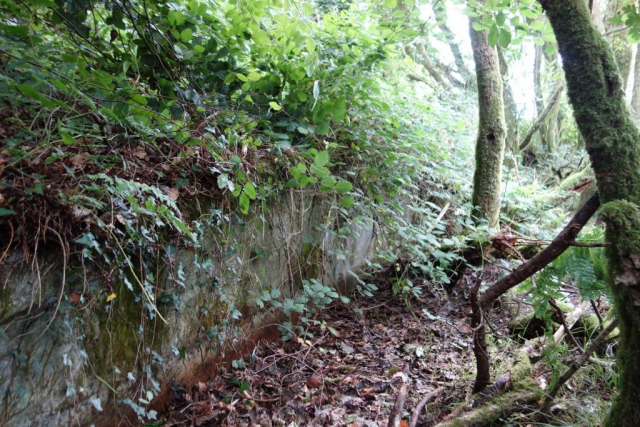 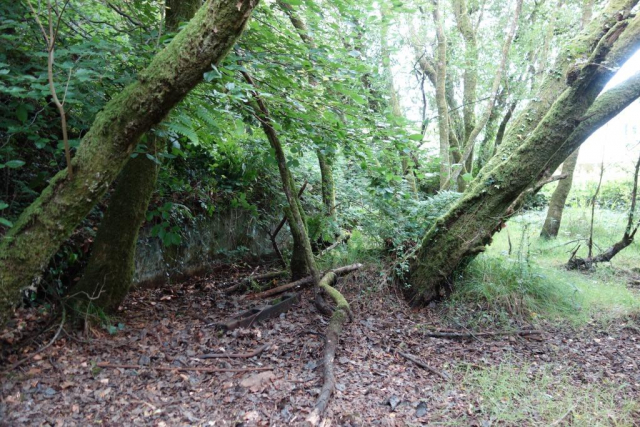 The scout rode along the Bude Branch as far as the divergence of the Torrington line.

Then the scout went back to the junction proper and followed the rough path along the start of the North Cornwall line. 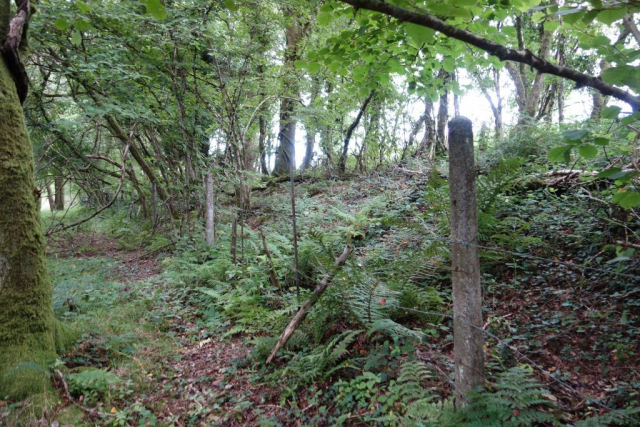 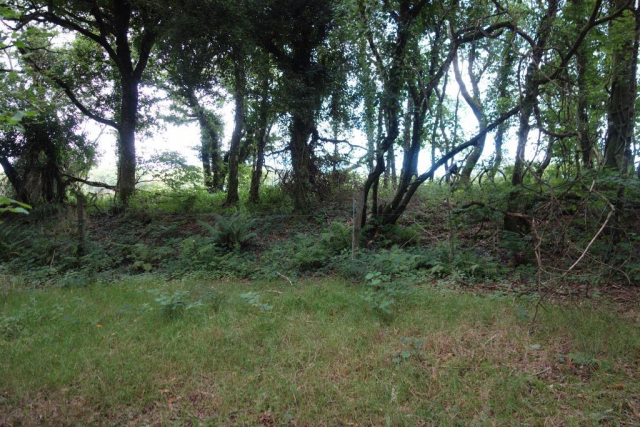 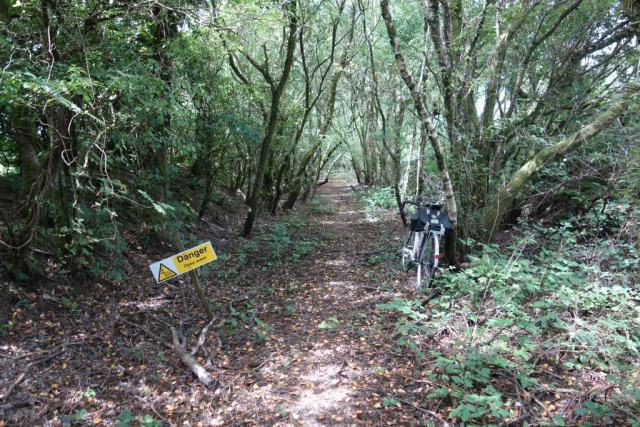 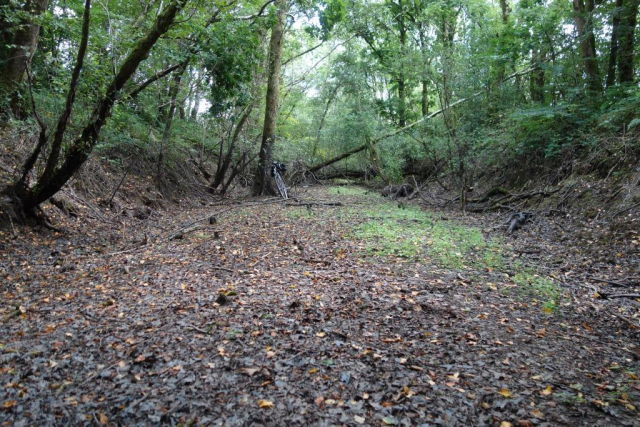 The scout scrambled up the side of the shallow cutting seen in the last photo and joined the bridleway which leads to the turnpike. The bridleway continues on the other side of the infilled bridge but the scout chose not to follow it as he wanted to pass through Halwill, the village later eclipsed by the junction which took its name. 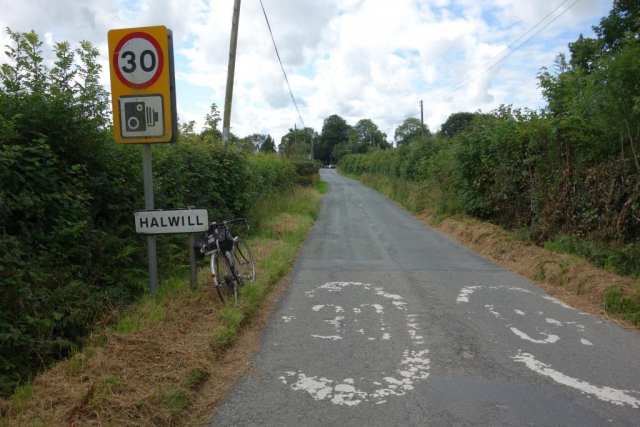 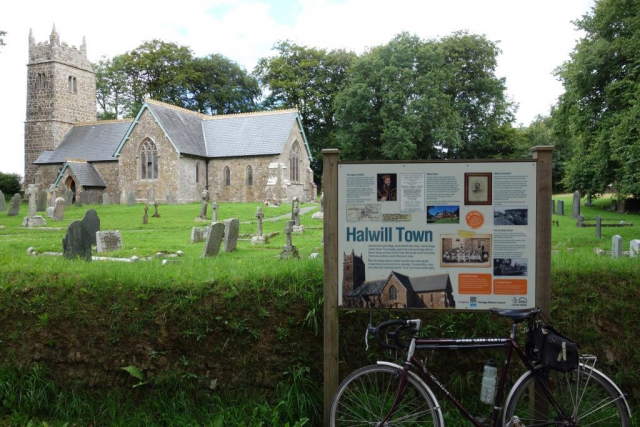 The railway descends from the plateau to the valley of the River Carey, where Ashwater Station lies. It is important to the scout that he sees the villages and surrounding country that were once served by rail transport and so he rode into Ashwater before dropping to the hamlet of Ashmill.

Sight of the sign advertizing the village shop stirred his tummy juices and he failed to notice the railway connection as he passed here.

Only then did he see that the whitewashed edging stones were in fact concrete alignment “monuments,” which were once positioned alongside curves, allowing any movement of the track to be corrected. And of course they were used when the track was re-laid.

While pondering whether the bridge had been here when the scout last rode this way, many years before, a voice behind him advised that he was looking at an old station. When the fellow was asked if he knew when the bridge was removed, he pointed to it, now his possession, and kindly allowed the scout to take some photographs. 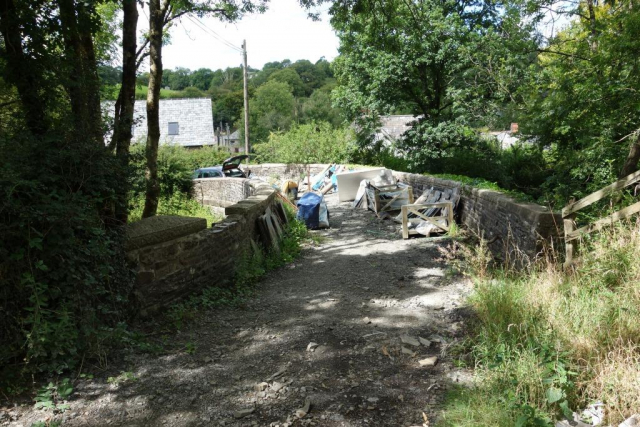 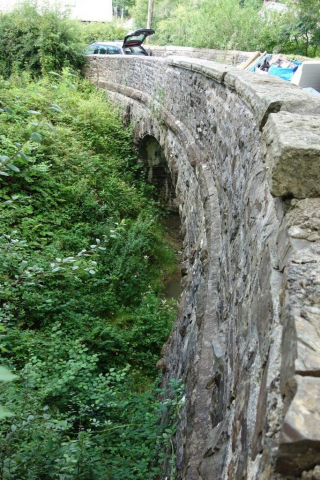 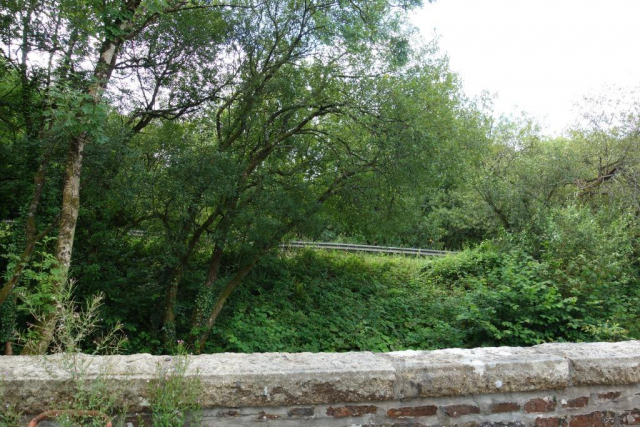 The friendly fellow was busy converting the old store by the station into two dwellings and told the scout that he lived on the other side of Newton Abbot. Asked if he was lodging, he replied that he drove here every day, a round trip of 110 miles or more.

What to one man was an expedition, to another is a “commute.” It is very far removed from life in these remote places in earlier times, where men may only have left the parish to find a bride.

Apart from Launceston, Tower Hill is the only station on the North Cornwall to have lost its station buildings, demolished shortly after the line was closed in 1966. 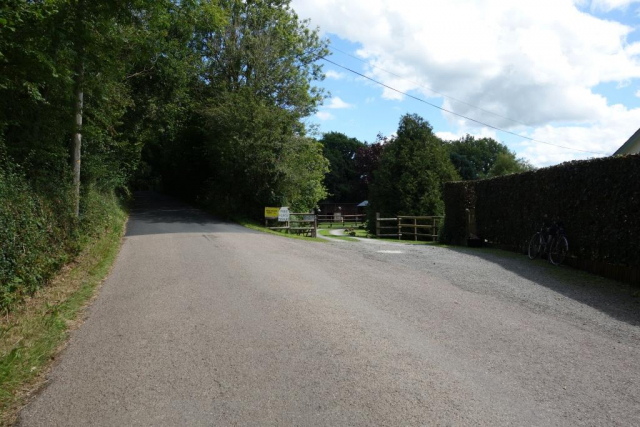 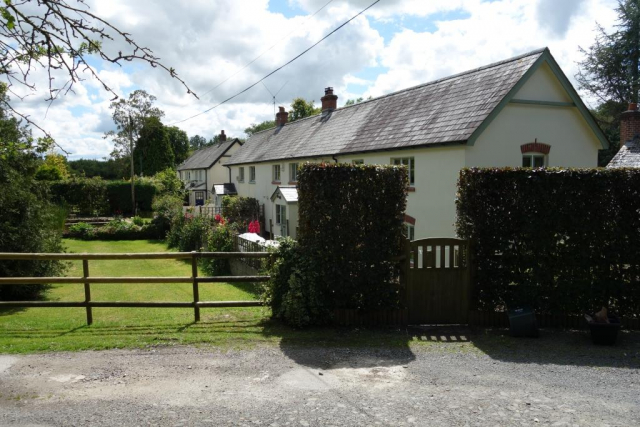 No alignment monuments were needed for the next two miles because the line was straight, the longest section on the North Cornwall.

Opting not to enter the town on this occasion, the scout took the quiet route back to the old A30, which he followed as far as Lifton before heading north through Broadwoodwidger.

On the way back from Halwill after a 41-mile ride, the utilicon was drawn up at Railway Cottages, Broadbury, originally Broadbury Cottages. There are also “Railway Cottages” at Halwill and Dunsland Cross (photographed in November), and most assuredly at other places. 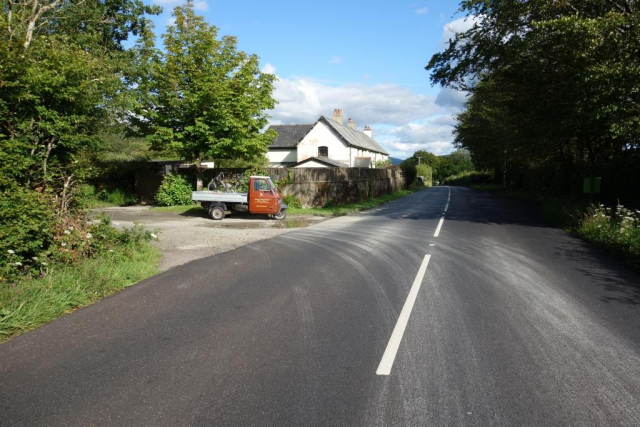 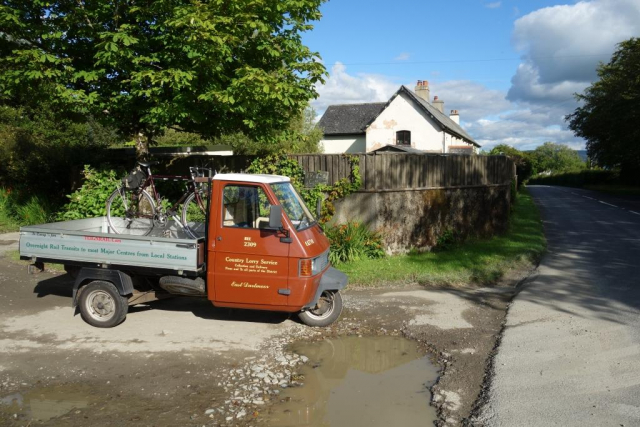 In Southern terminology, this could have been Venndown Gate Gates, but more likely it was Venndown Crossing. 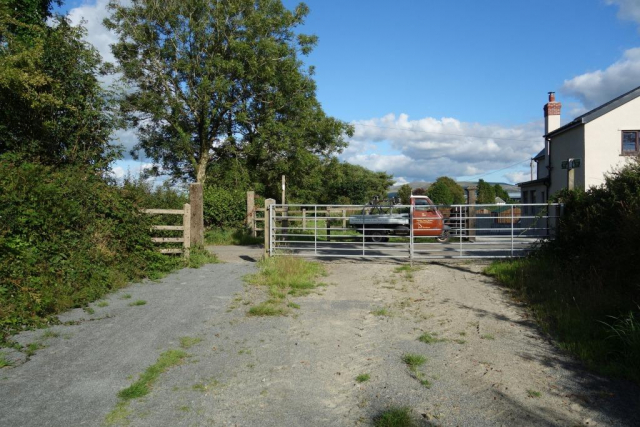 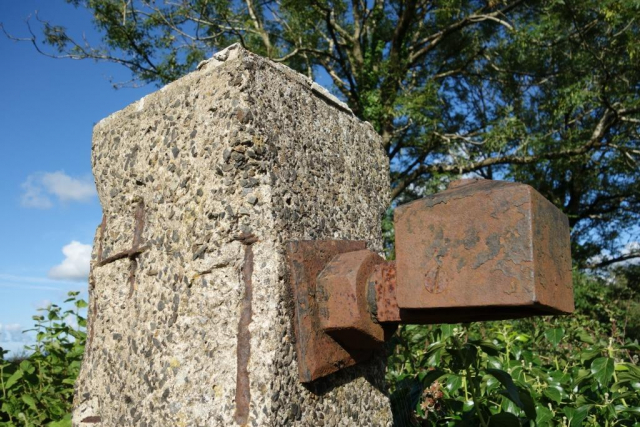 A stop for fuel was made outside Okehampton. The utilicon turned in 92.2 miles per gallon since the last fill.