55 On the North Devon Again

In earlier years, this was a ride done in May or June, but the scout’s extremely uncomfortable encounter with a concrete ford on a bridleway near Woodbury at the end of May rendered him out of action, so much so that he had to go without Trampjuice for 40 days.

A month after kissing the concrete of this ford on Rydon Lane, Woodbury, the scout returned to see what had done for him. He had gone in the opposite direction numerous times and he remembered straightening his course as he came off the curve going this way, but the bike went from under him like he’d been on ice. The small sign was found partly hidden in the hedge at left and placed where the scout hoped others would take heed of it.

Anyway, in mid-July, back in riding condition, after collecting some steel from Crediton, the scout rode to North Devon in the blistering sun, stopping to inspect all the stations except Umberleigh. The valley turnpike was closed north of Pompei Arms and he was forced to divert over the hills via High Bickington and Atherington, which gave him sweeping views he would not have had from below.

The volunteers who make Copplestone such a delight deserve more recognition. The scout couldn’t help but wonder how his own Teign Valley stations would have looked today, had they been spared. Although he would not have wanted to see any station’s function so reduced. 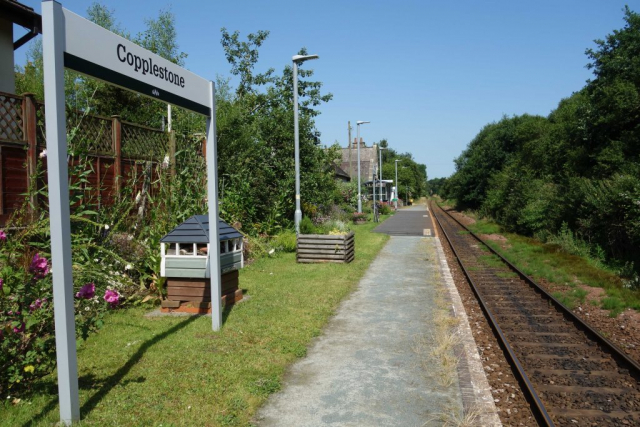 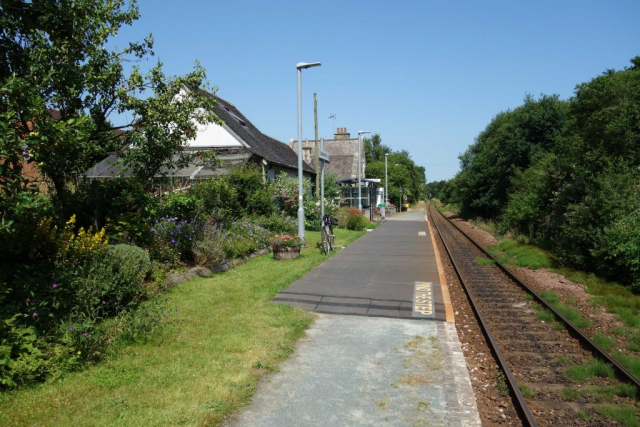 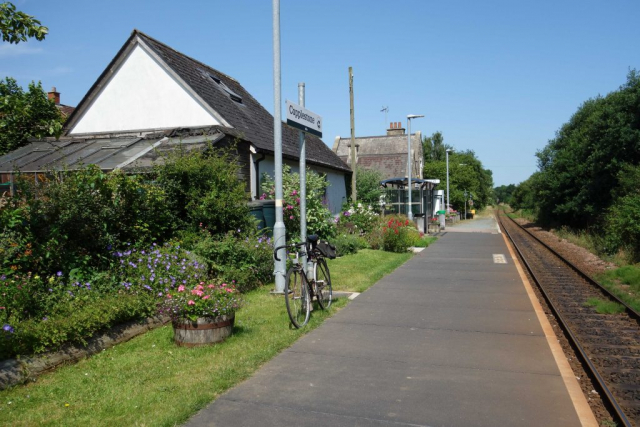 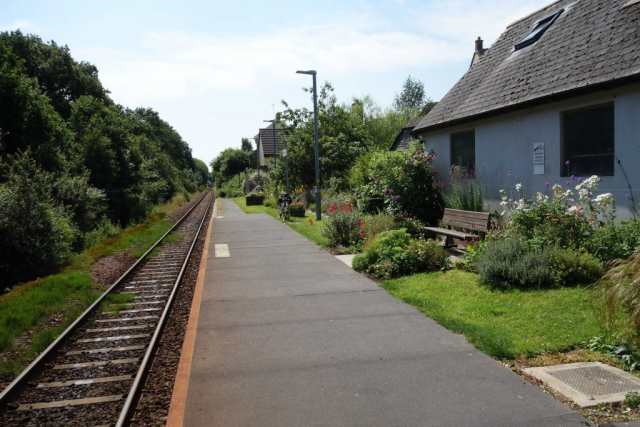 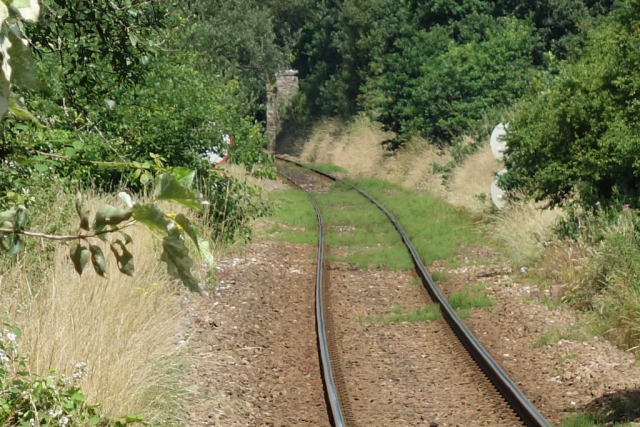 Almost certainly thanks to dull, disorientated motorists letting themselves be directed celestially along the M5 and A361 via Sampford Peverell, the North Devon turnpike has been detrafficked to a large extent.

Here it is at Morchard Road, where the Torrington, via Winkleigh, turnpike (B3220) commences. Of course, it’s not always like this. Cars and lorries come in bunches and the scout reported the usual lousy behaviour by some, but it was still much better than he is used to; and when the road empties it is possible to wander to the middle and take in every new view opened up by the twists and turns – with the occasional backward glance. 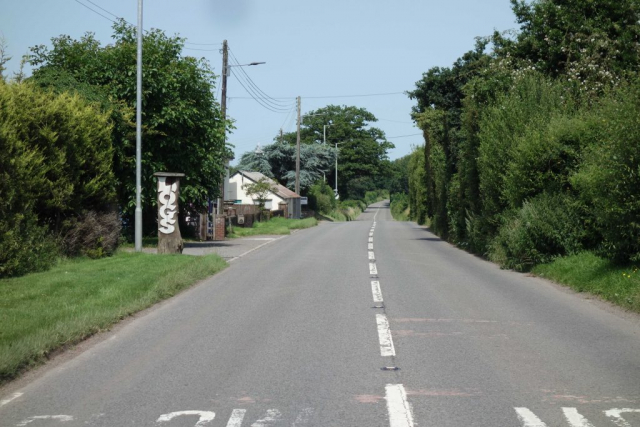 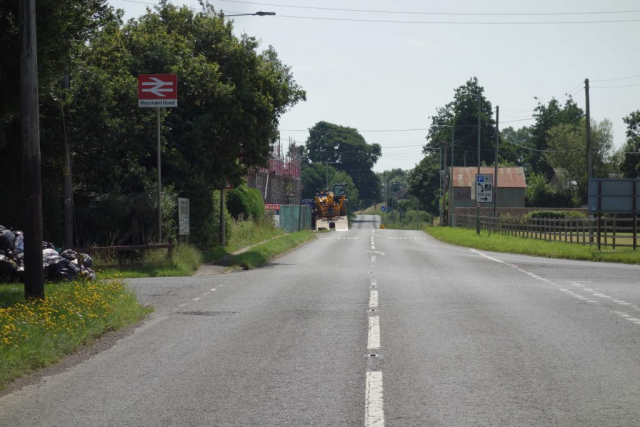 It has become customary for the scout to drop down from the turnpike to take in the peace of the level crossing and bridge at Chenson. The crossing has lost more of its rusticity, now having a new surface and red and green lights for the safety of its very infrequent users. 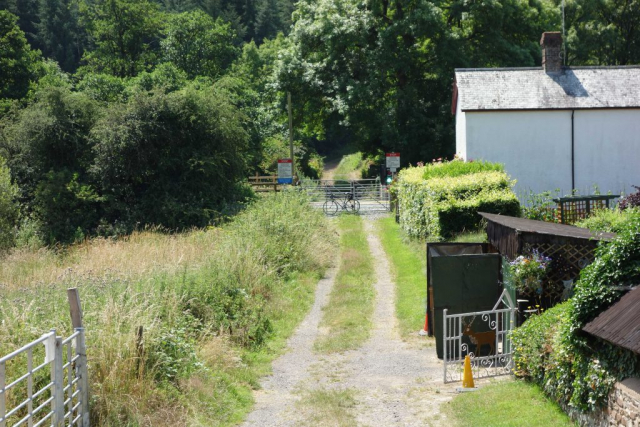 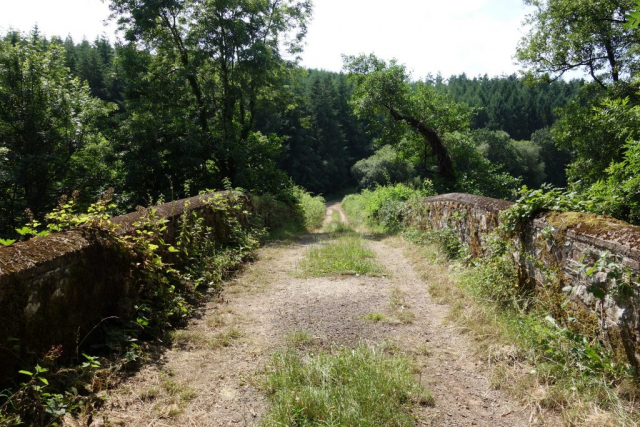 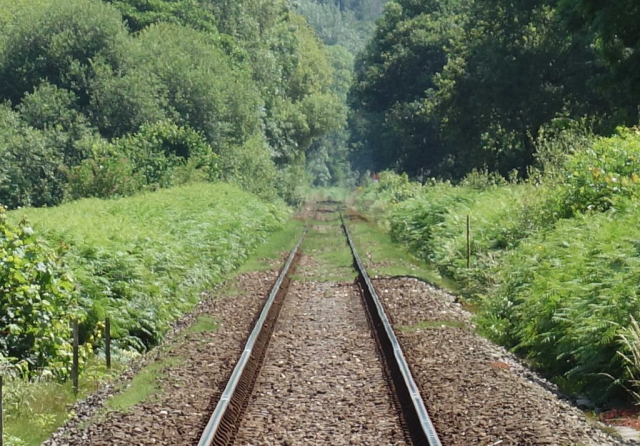 The sounds of a Class 143 and 158 D.M.U. hammering the dipped joints on this track may be heard here and here.

A viewer of one of the railway’s videos, thinking himself clever, commented that Tarka lived on the Torridge. The scribe replied saying that the full title of the book was Tarka the Otter: His Joyful Water-Life and Death in the Country of the Two Rivers. As it is known that Henry Williamson explored the whole of the country roamed by his fictional otter, in preparation for the great work, it is certain that he strode over this bridge, just downstream from where the rivers Taw and Yeo meet.