A reason, if one were needed, to visit Oswestry, the headquarters of the former Cambrian Railways, was provided by the railway’s motor trolley having been stationed there when new from the Wickham factory in 1949.

Two more reasons for a pilgrimage were the Drewry diesel shunter, six years younger than the one at Christow, and the 1922 G.W.R. brake van being worked on at Christow having come from Llynclys, just along the line towards Welshpool.

The scout detrained at Gobowen and rode to Oswestry, quickly going on to Llynclys. Oswestry is connected to the national network but the new Llynclys Station is on an isolated section; the Cambrian Heritage line extends only as far as Llynclys Junction.

Upon returning to Oswestry, the scout wandered around the town, took in as best he could the remains of the very large railway centre it once was and visited the C.H.R. museum, where a handsome donation was made.

There were no trains running but a volunteer was kind enough to escort the scout through the site and onto the platform, where the loco was standing coupled to a brake van.

It had been intended to reach Llangollen for a ride along to Carrog and back, but the scout was at a disadvantage, making do with scraps of satellite images instead of a trusty O.S. map; it has been known for him to get lost even with the best map in the world.

The scout rode back past Gobowen and on towards Chirk, aiming to join the Llangollen Branch of the Shropshire Union Canal. This he did all right at a bridge, confidently setting off along the towpath beneath.

After having gone some distance without encountering what he had expected, the scout groaned as it suddenly dawned on him that he had made a mistake.

While chatting to a cyclist on the train around Shrewsbury, who’d given up his tour of Wales because of the heat, and who expounded on his 14-speed Rohloff hub, I had said that I was going to be following the “Shroppie,” adding: “You can’t get lost on a canal.” No, but it’s possible to go the wrong way.

Whether to go back or continue was the question; the path had become quite rough, with exposed tree roots, so a return by road may have been quicker. Some way towards Ellesmere, he later found, the scout left the canal at at main-road bridge and then had to decide which way to go. He set off to find a guide post and luckily hadn’t gone far before the destination blind of a bus gave him direction.

Some time later, via Whittington (one of the scout’s prep school headmaster’s stock phrases was: “Turn again, Whittington.”), the scout drew up at the Gobowen level crossing where he’d started.

With now too little time left to get to Llangollen, he followed the busy Wrexham road and picked up the canal towpath near Chirk. This soon brought him to Telford’s aqueduct over the Ceiriog Valley, where he crossed into Wales.

He then lit his headlamp for the walk through the tunnel which follows, fortunately not meeting another cyclist. At the other end, a path leads up to Chirk Station where once was the terminus of the Glyn Valley Tramway.

The scout rode into town and enjoyed a long lunch in a shady park, after which he roamed the streets and skirted the giant Kronospan factory, in part supplied for a number of years by trains from Teignbridge, thus making another Teign Valley connection. 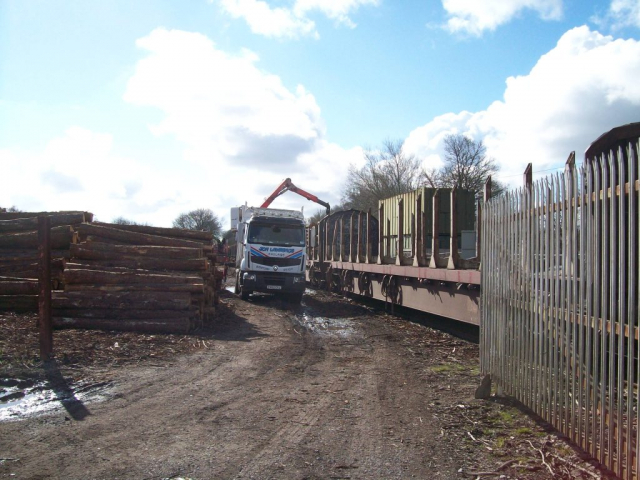 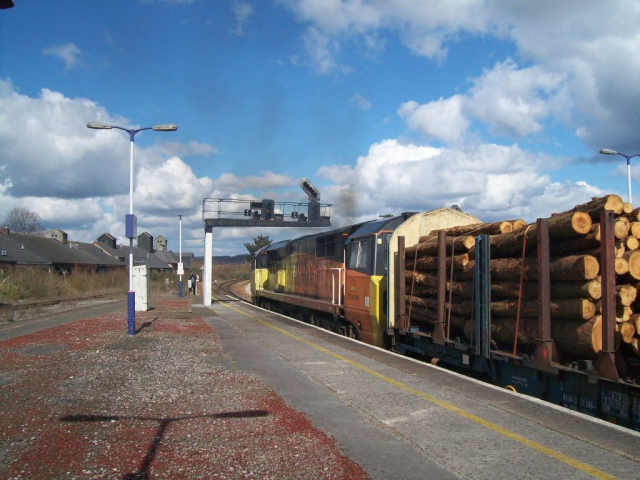 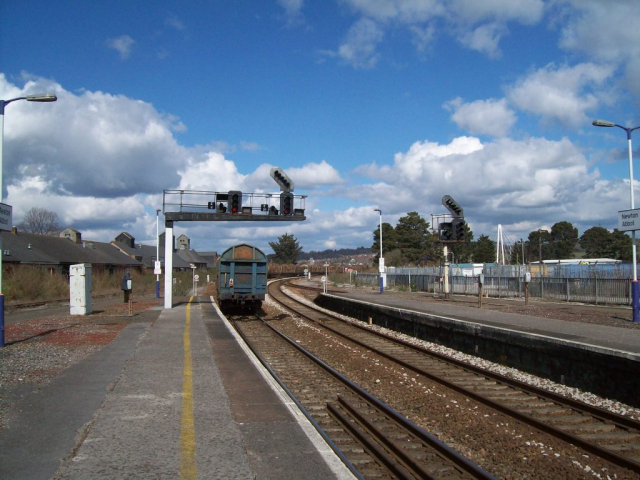 Finding the canal again, he followed it as far as the bridge where he’d gone the wrong way and continued to Gobowen for the train home. (452 rail miles)

A year later, the scout got off the train at Chirk, determined now to reach Llangollen.

The canal was not going to fool him, now that he’d mastered the navigation of New Street. On two previous occasions, he’d found himself going through barriers to get between platforms or, stuck amongst shoppers and diners, trying to find a way to the basement platforms without using the escalators; now he’d discovered the footbridge with stairs at the west end that links all the platforms with the street.

Off down the known path went the scout, in not much more than three miles coming upon the utterly astounding Pontcysyllte Aqueduct, which takes the canal over the valley of the Dee. 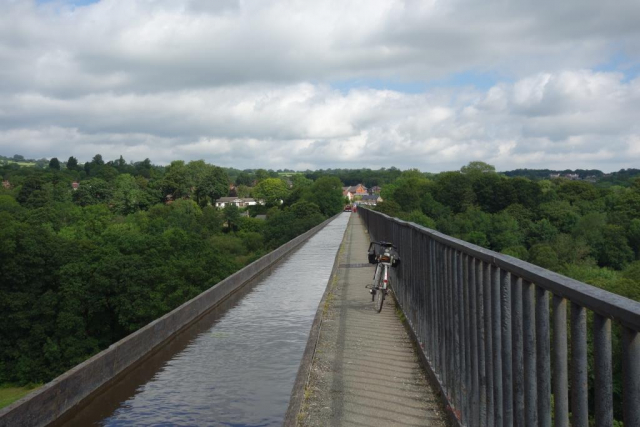 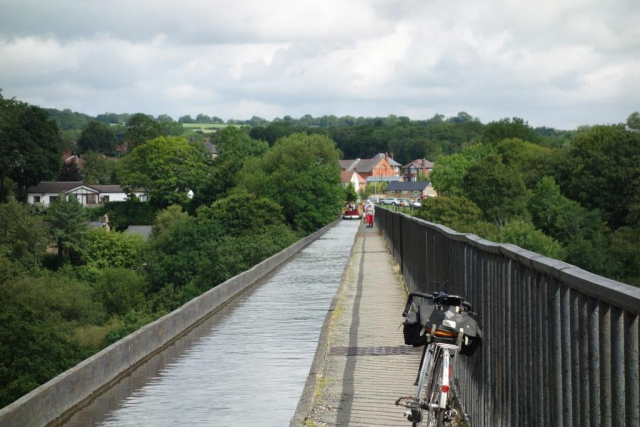 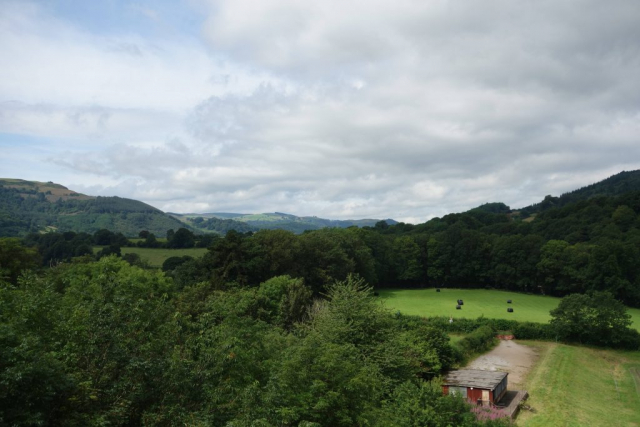 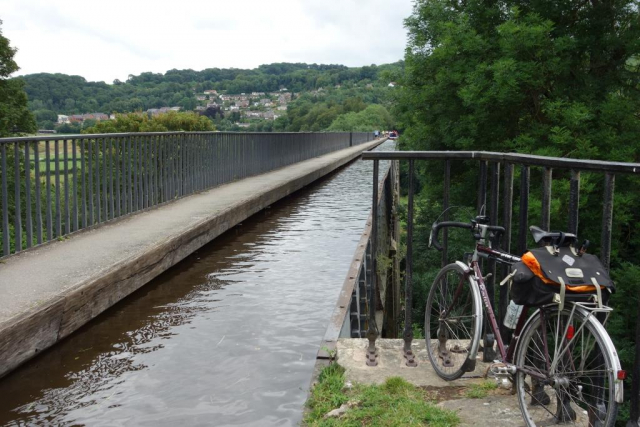 The scout chatted to a canal warden about the aqueduct, its maintenance and use. The warden told of the daft behaviour he had seen, such as boat people dangling their legs over the side and paddleboarders insisting they be allowed to pass.

On Station Road in Trevor, the scout spotted a path which led past the station site and on along the abandoned formation. It soon got rough and clearly wasn’t going to continue, so the scout clambered up to a bridge and then joined the main road to Llangollen.

The picturesque setting which the scout had seen many times in print was soon revealed and he spent an hour wandering around the town, its riverbank and station, before entraining a D.M.U. for a ride along the line which once went to the coast at Barmouth and has been heroically rebuilt as far as Corwen.

It was a very enjoyable ride alongside the Dee. At Berwyn, while the train waited, the scout watched canoeists shooting the rapids below.

As the train pulled into Carrog, another Teign Valley connection was made, for in the siding behind the box stood the railway’s decommissioned track recording trolley. The train terminated here, leaving plenty of time to eat lunch bought from the station buffet and wander around the place.

When he returned to Llangollen, the scout climbed up to the canal and followed the towpath back to the aqueduct. He then wandered around the post-industrial landscape of the area through which the canal was to have continued. The scout could see the remains of railways and works in Acrefair and Cefn-mawr, but had to wait until he got home to understand the extent of it all revealed by the 25 in. Ordnance Survey. https://www.old-maps.co.uk/#/Map/327500/343500/12/101052

This led to the village of Ruabon, whose station is second only to Wrexham General, by a measure of passengers, in the area. It was until 1965 the terminus of the line to Barmouth and, like Chirk and Gobowen, was a stop on open-access operator Wrexham & Shropshire’s short-lived service to Marylebone. It was where the scout, after a quick look around the village, opened a cold beer in the shade of the footbridge while he waited for the train from Holyhead. https://www.wrexham-history.com/ruabon-railway-station/

The journey south over the “Welsh Marches Line” from Shrewsbury, via Hereford, was one of the most awful the scout has ever had to endure. The air-conditioning of the Class 158 D.M.U. had failed, or could not cope with the heat, and even on the move the four hopper windows in each coach could not relieve the sweltering interior. How very much more pleasant would have been this 121-mile journey had the scout been able to stand at an open window, as he would once have been able to do.

Although the air had cooled by the time Newport was reached, it was still a pleasure to board a short-formed H.S.T. to Taunton.

The realization that he would soon never be able to lean out of the window again drove the scout to ignore the new warning notices and announcements, and enjoy the cold rush as the train approached the end of Severn Tunnel and began the ascent. The experience was quite a contrast to that inside the 158 oven earlier.

Later, on the approach to Durston, he went back to the window and captured a train coming off the “new line.” https://www.youtube.com/watch?v=u_Bltqxnw38

The scout wished he had been able to film the time his train came to a stand on the embankment and the driver of the London, seeing his mate at the cab door, gave him an audible salute.