The Upottery Heritage Centre having been closed “for the duration” in 2020, the scout thought that its reopening in 2021 would make a third visit to the wartime airfield worthwhile.

Thus, in August, he took the train to Honiton where he lingered in town, trying to imagine a Roman legion marching down High Street, before following the quiet back lane up St. Cyres’ Hill and crossing Luppitt Common.

On the approach to the airfield, the road veers right, while its former course, which continued directly to Smeatharpe, is obvious. The route was blocked by the construction of the airfield and did not reopen until after the war. The truncation at the other end was, conveniently for the airmen, at the King’s Arms pub.

The scout noticed as he rode past that the abandoned road had been cleared since his last visit and so he stopped to look at the surface which had not carried traffic for a very long time.

It is not clear whether civilian movements were allowed to use the airfield’s perimeter road, or taxiway, immediately after the war, or after the R.A.F. gave up the station in 1948. The 1963 25-inch survey shows the diversion and it can be seen in this view from space, crossing one of the “spectacle” turning areas before joining the perimeter road at a resited Clayhidon Cross. The old road can be seen as a faint line between Smeatharpe and the intersection of the main runway and the one on a 330 ̊ heading. 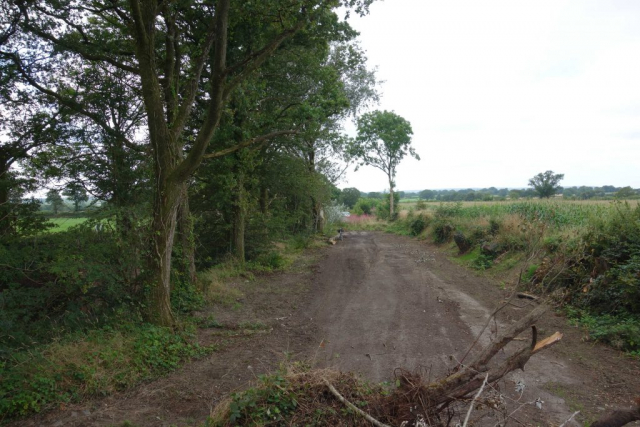 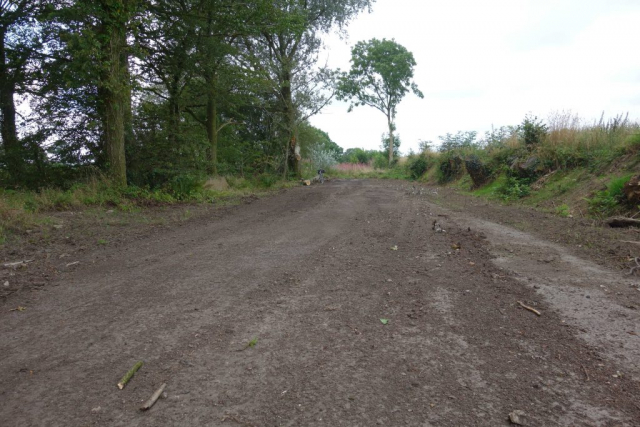 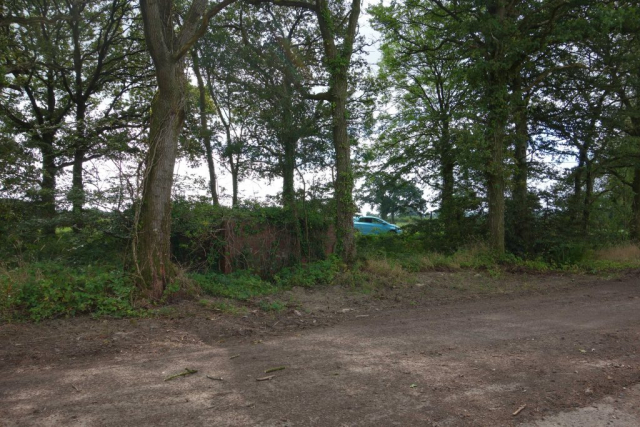 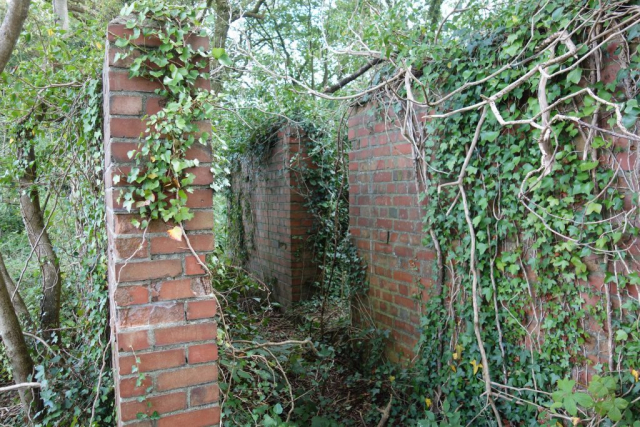 The Heritage Centre is housed in an original Nissen Hut, part of a Group H.Q. Officers’ Complex. The scout was given a friendly reception by the two stewards, who asked if it was he who they had seen pull in on a bicycle. They offered to answer any questions but were straightaway stumped by ones about the old road and the shelter. This is certainly not criticism or complaint, however.

The scout must have had the place to himself for an hour before a couple was welcomed.

As is usual with such places, there was far too much to take in and the scout, having had his fill for one day, and feeling his tummy rumbling, thanked the stewards and put £10 in the donation box. This covered the cost of a booklet about the Heinkel that was shot down nearby in 1940. A bit of the plane is on display, along with a “not so lucky charm doll” found in the wreckage.

Then the scout descended via quiet lanes to Hemyock, where he had lunch in a pleasant spot betwixt the castle and church, afterwards climbing back up to the plateau at Dunkeswell Aerodrome.

Backtracking, he climbed to Sheldon and skirted the high ground to Blackborough, from where the views west were superb. (Click to enlarge and zoom in)

An empty churchyard marks the site of All Saints Church, which was demolished in 1994 after getting into a dangerous state. A board by the gate has a picture of it; being distinctive, it must have been recognizable from a great distance. The board also describes the local whetstone industry, about which the scout shamefully knew nothing. A drive, which is also a public footpath, leads past the churchyard to Grade II listed Blackborough House, depicted at right with some artistic licence, as is Blackborough Beacon.

The scout did not venture down to the house on this occasion but came back a few weeks later on a meandering 53-mile ride from Exeter to Taunton. The photographs are included here as nothing else caught the scout’s eye that day; his chance meeting with “Speedo Mick,” a flamboyant charity fundraiser, at Willand went unrecorded.

When the fitter was working on the railway’s motor trolley, he was told that parts for old engines could often be obtained from the owner of Blackborough House, whose grounds were littered with “cannibalized” cars. The fitter and the scout both now regret not going there, if only to see the place.

A planning application for a grand scheme to bring the building and surroundings back to life was refused by Mid Devon District Council in 2020. 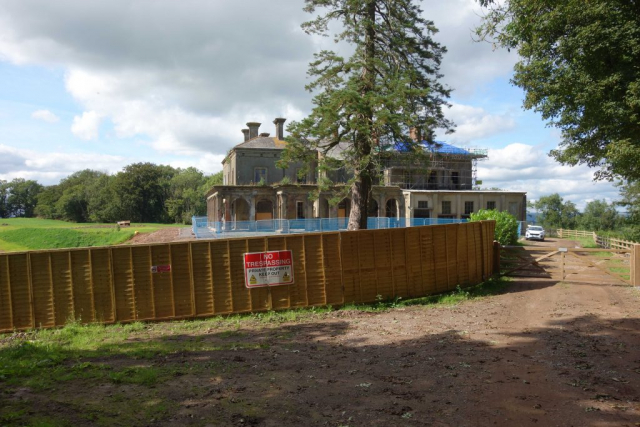 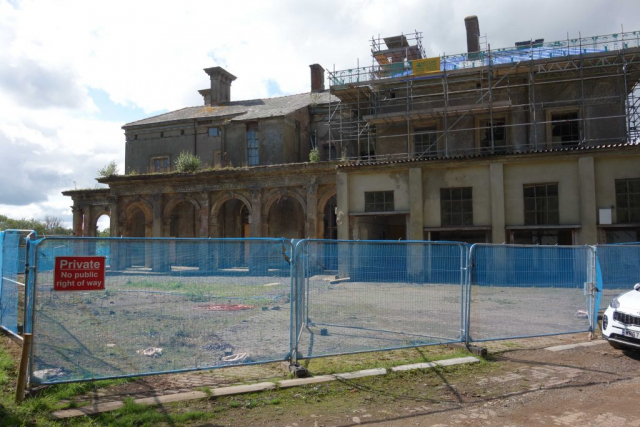 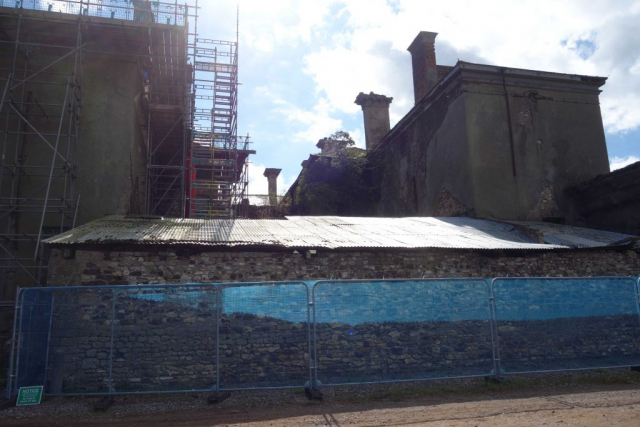 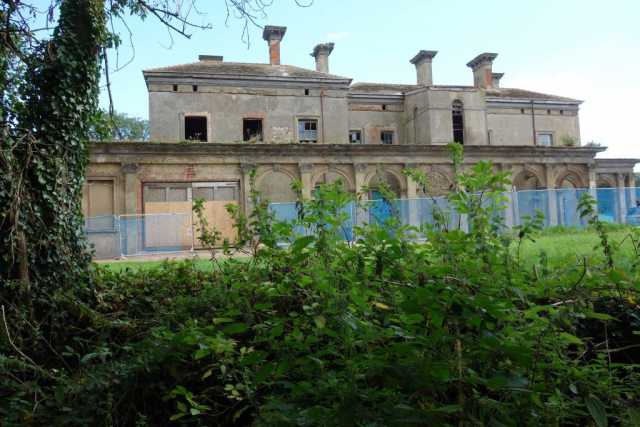 The descent to Kentisbeare did not take long. The scout was pleased to see a post office in the village, opposite the Wyndham Arms. He continued along the Culm Valley, through Killerton and Stoke Canon, and got back to the utilicon parked in Exeter having ridden 50 miles.