Again, photographs kindly lent by Richard Holladay have prompted the scribe to go through the files and the scout to saddle up, this time to prepare a feature on the other East Dartmoor branch line.

Richard has provided a set of photographs of the “South Devon Phoenix,” which are marked “Copyright C. [Cedric] H.S. Owen.” They have been added to the C.R.S. Moreton Branch collection but without the inscriptions on the reverse of each photo, which have been included here (in italics).

The following extract from “The Moretonhampstead Branch: A Railway from Shore to Moor,” by John Owen, published by Waterfront, describes the event.

“Undaunted [by B.R’s. intransigence], the Society [South Devon Railway Society] continued with their campaign from their new headquarters at Teigngrace Halt, and planned a further major publicity Special for the following Whit Monday (11th June 1962).

“To advertise and promote the event, the SDRS held a competition to find a suitable name for the excursion; the winning title of ‘South Devon Phoenix’, suggested by a lady in Kingskerswell, being most appropriate given its intention. The ‘Phoenix’ left Newton Abbot at 1.18pm, with motive power being provided by ‘large Prairie’ 5153, and six carriages carrying 200 or so occupants – one of whom was W.N. Ayliffe, chairman of Newton Abbot Rural District Council. Stops were made at all the stations and halts along the Line, the train again receiving a particularly enthusiastic welcome at Lustleigh, the villagers having decorated the station as they had done two years previously. At the terminus, a ‘pilgrimage’ was made to the granite memorial stone inscribed with the names of the original M&SDR directors. After a stop-over of an hour and a quarter, the excursion set off for the leisurely amble back to Newton Abbot – there being a 15mph speed limit in force over the Branch – arriving there at 5.30pm. Although the trip had been an undoubted success in terms of attracting local publicity and interest, not to mention a pleasantly nostalgic day out in its own right, this well-supported hint to the Railway Authorities once again fell on deaf ears and unseeing eyes. With the exception of a Sunday School Special run just two months later, the ‘Phoenix’ proved to be the swan-song for passenger-carrying trains over the full length of the Branch. It also marked a change in direction for the SDRS, which soon switched its attention to developments taking place in the Dart Valley.”

Repeated washouts occur just south of Teignbridge when the neighbouring Stover Canal floods and water spills over the track. No attempt is made to defend the line and no lasting repair has been made.

The line is undoubtedly vulnerable here but a level of resilience could be achieved, using a variety of modern measures, sufficient to justify reinstating the former Teign Valley diversionary route.

Between 2011 and 2015, the rump of the branch was brought back into use. Timber gathered from forests in Devon and Cornwall was roaded to Teignbridge, where it was stockpiled in the large area of land between the railway and canal, where the siding and loading bank had been. The story is told fully under “What’s New?“

The station briefly comes to life in this 2015 video.

“Timber Siding” was a loop, connected at the far end to the single main line, and was installed for Stover Estate traffic. Lignite from the Blue Waters pit was loaded for a while after the war but it was then turned over to clay. The R.C.H. Hand-Book of Stations lists the trader as English Clays, Lovering, Pochin & Co., Ltd and the facility as “Stover Siding.” E.C.L.P. was one of the constituents of the conglomerate English China Clays and it was E.C.C. (Ball Clays) that used the siding latterly.

The following three photographs are taken from the Down platform at Heathfield in what is thought to be the early 1960s, when both branches had closed to passengers but were still open, at least in part, for goods.

In the third one, the huge quantity of track sections, both at right and in the “vee” of the junction, cannot be fully explained. It is likely that the chaired concrete-sleeper sections at right are for re-laying the line between here and Gulf Oil’s new terminal of 1966, half a mile towards Bovey. (B.R./O.P.C.) 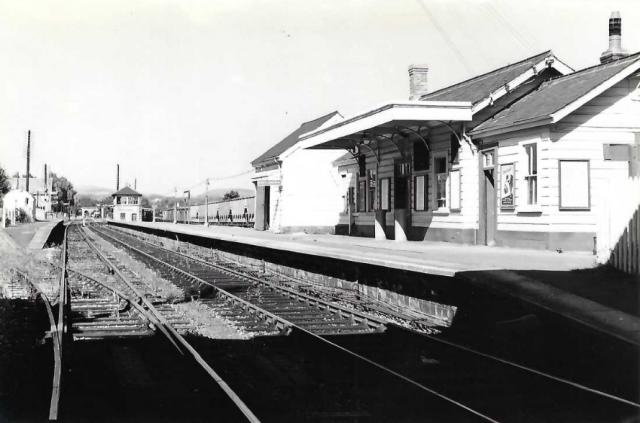 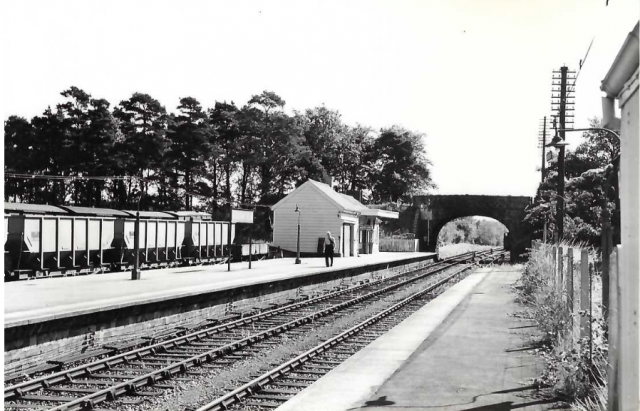 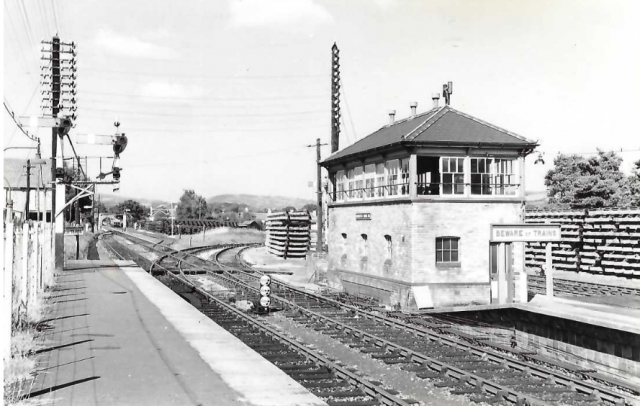 The scout took the following six photographs in January, 2012, after the track beyond Heathfield had been needlessly lifted the previous year. 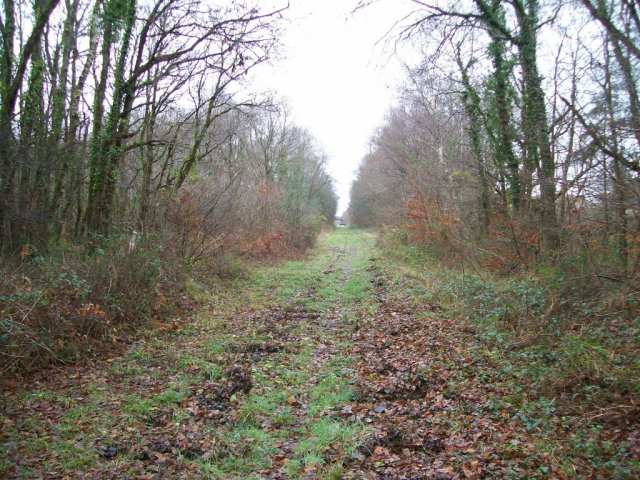 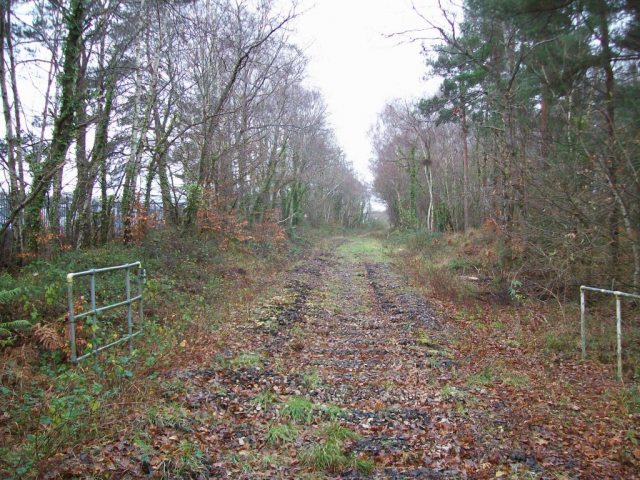 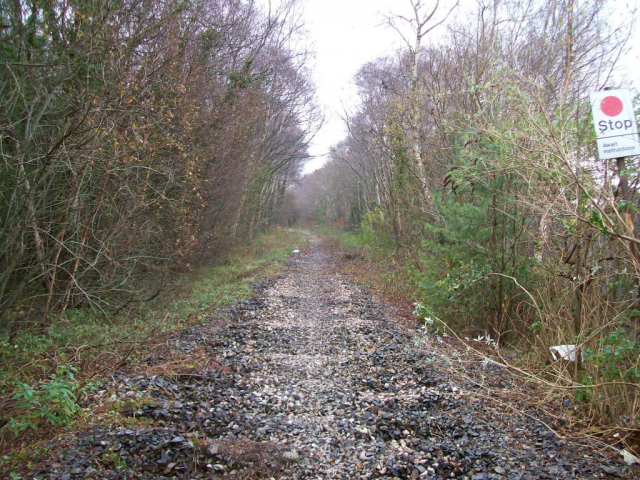 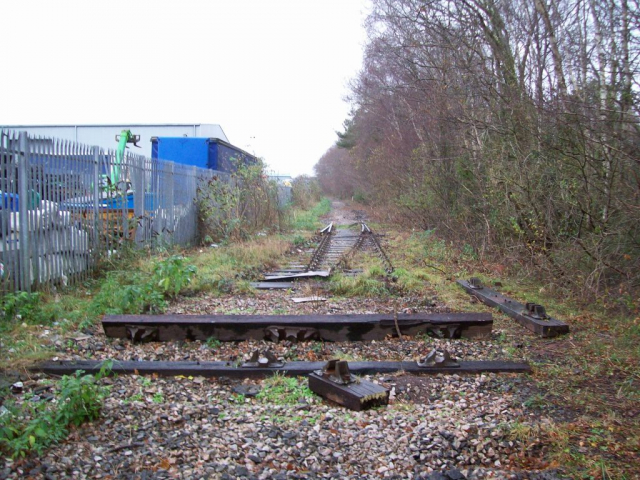 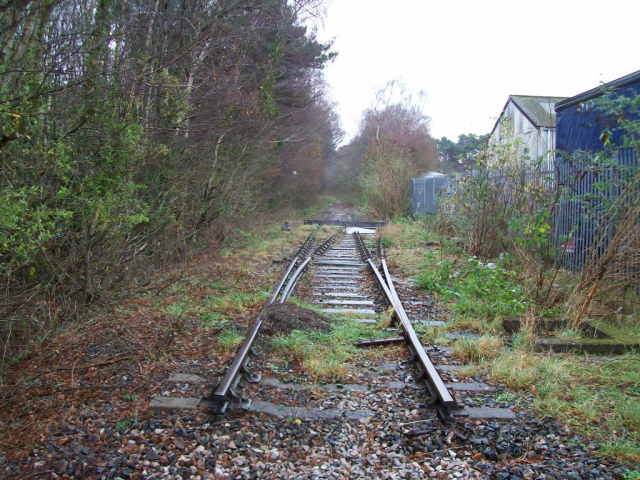 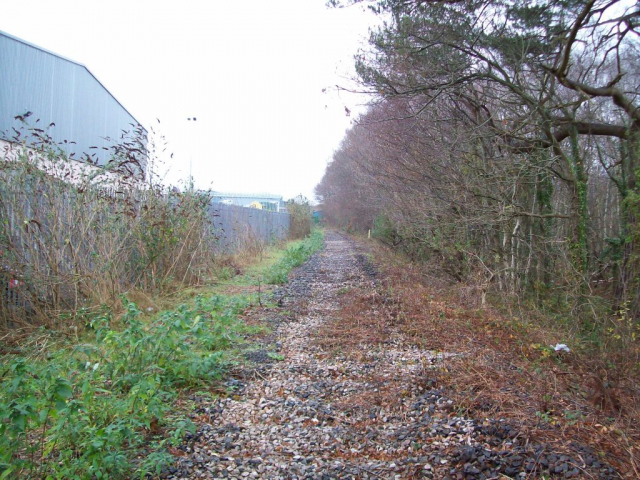 Bovey: In 1991, the scene that was so quintessentially English, of a country railway station going about its business of organized public transport, had gone. The system whose outpost had come to belong to the little town, the relatively benign means of transport which held the promise or potential to develop and modernize into part of a widespread sustainable national network open to all, and all things, had been given over to the self-centred car user and the self-interest of the haulier and vanman. 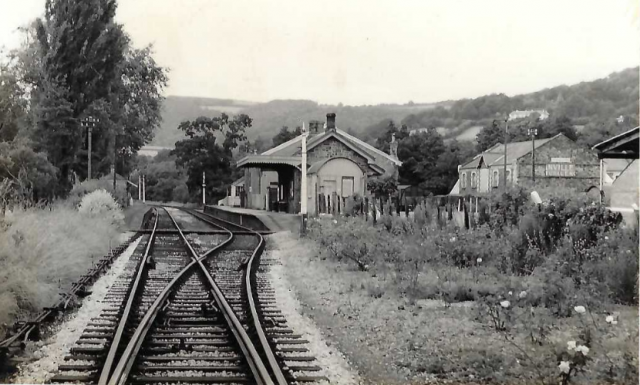 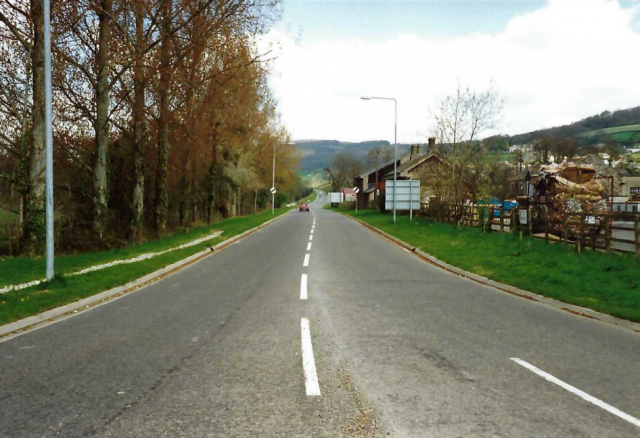 The following gallery contains photographs very similar to those already published. It can be assumed that they were taken within a year or so of the passenger service being withdrawn. (B.R./O.P.C.) 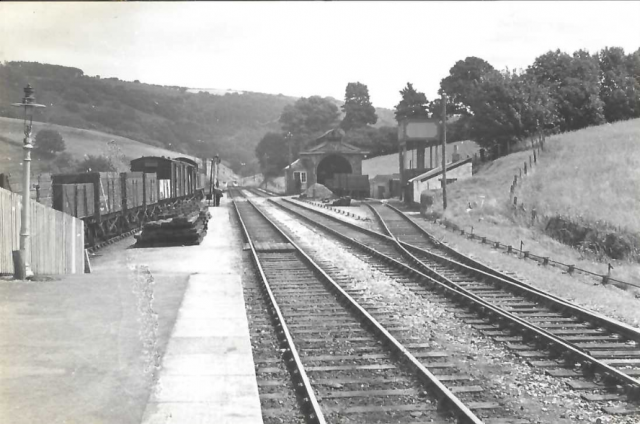 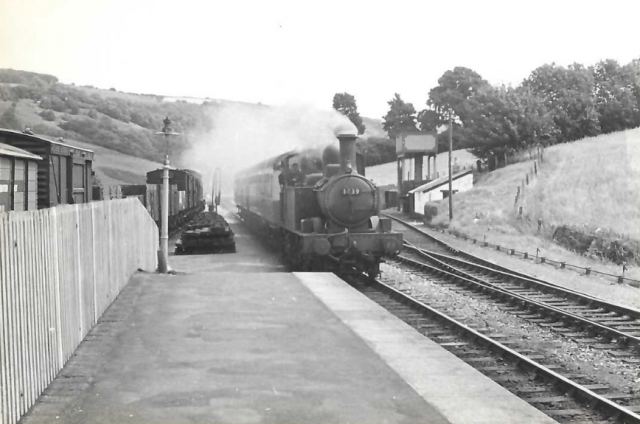 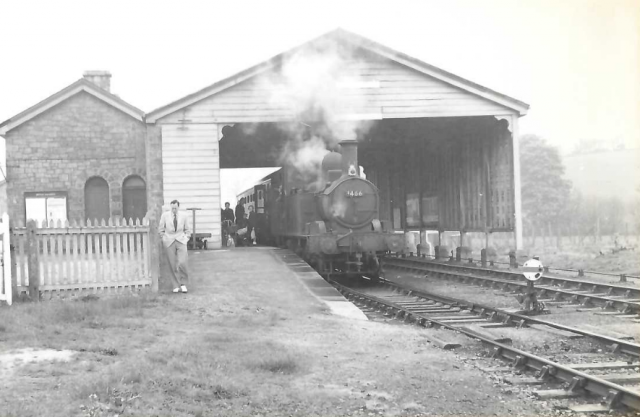 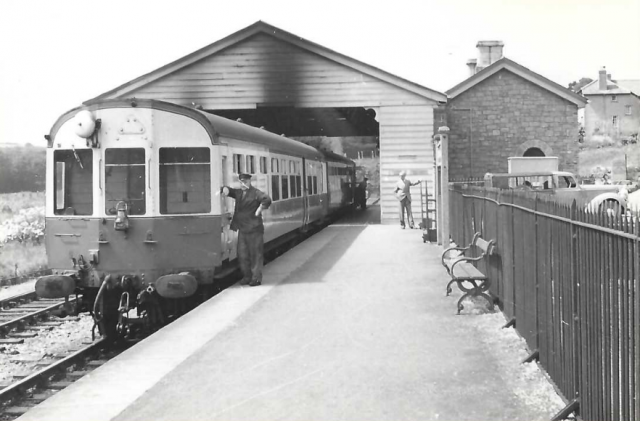 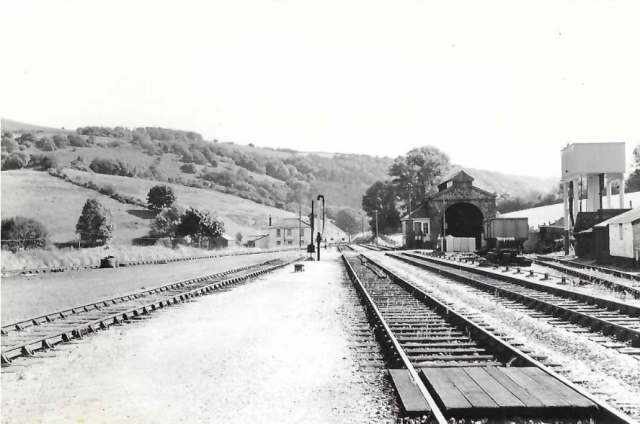 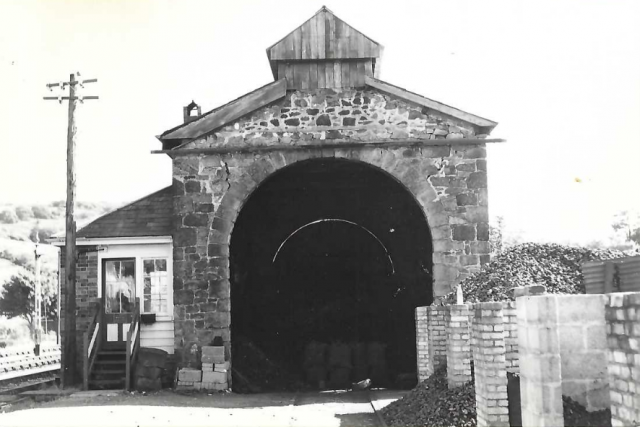 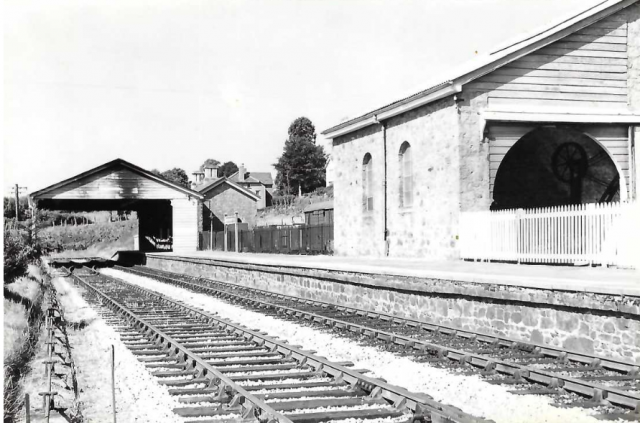 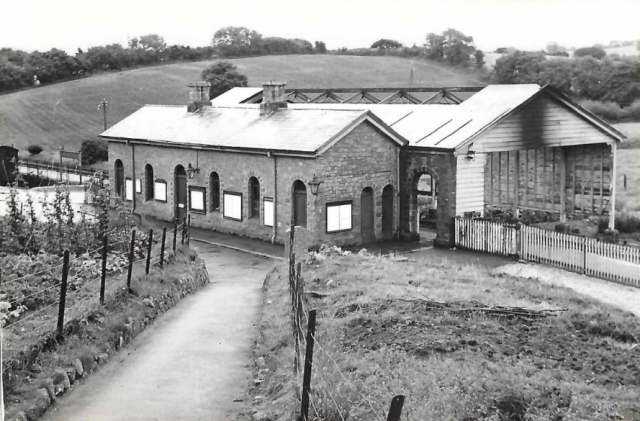 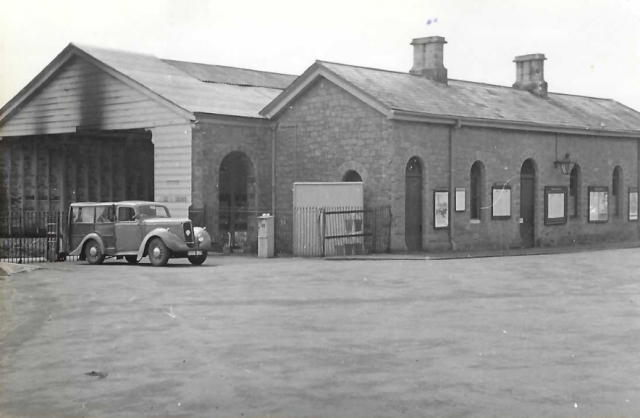 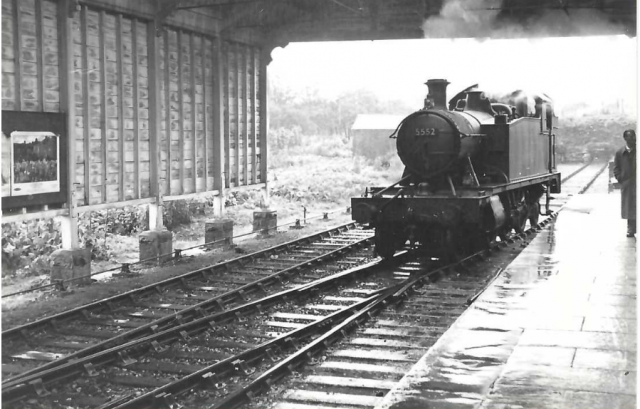 The railway’s objection to the development can be read in this entry under “Campaigning.”

This was to be the second to last passenger train from Moretonhampstead.

Special Trains on the Moretonhampstead Branch