56 Honiton, via Land of Canaan

Convinced that he needed a new welding hat and that he would save a few bob if he went to Honiton, the scout set off in that direction, following the old route through Exeter and as far as Clyst Honiton.

The cocky FlyBe slogan emblazoned on the building at Exeter Airport no longer riles the scout when he sees it because the airline went bust in 2020.

Although FlyBe, once Europe’s largest regional airline, has been bought out of administration, the empty car park tells of very much reduced flying. If the reform of domestic Air Passenger Duty goes the right way, the car park should never be full again. 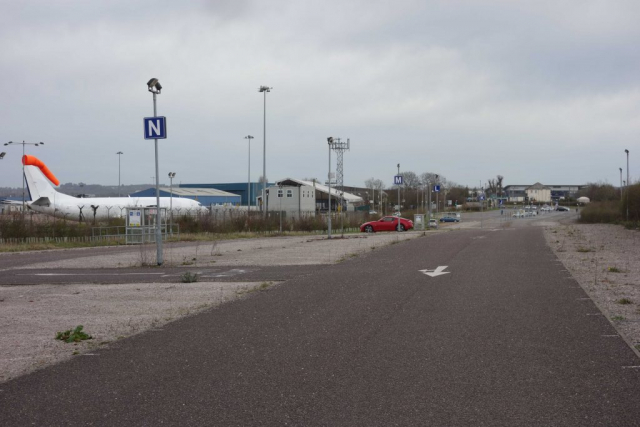 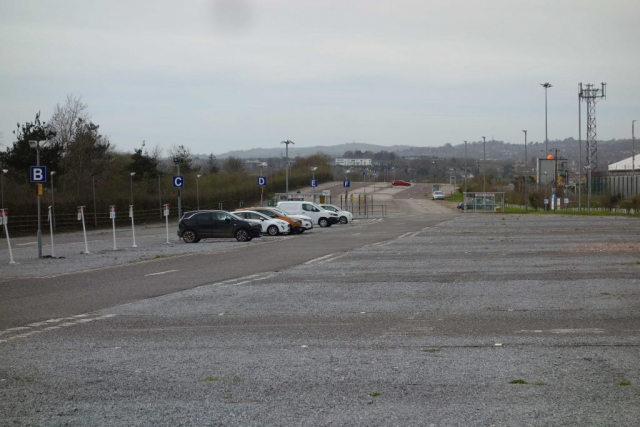 The scout rode on via Aylesbeare, stopping at the village hall, for months in 1978 the “incident room” used in the search for poor Genette Tate, abducted just outside the village and never found.

The sign on the A30 to Exmouth road proclaims the “Woodland Village” of West Hill. There was nothing but a sprinkling of large Victorian houses here until the 1960s, when it was allowed to expand as a dormitory for Exeter, Devon’s first new settlement, predating by many years the ghastly Cranbrook.

West Hill is mostly a middle class ghetto, unashamedly dependent on self-centred transport. Its large houses on large plots are both the best and worst kind of development; it’s the way many would want to live – every senior police officer, active or retired, is said to have lived here at some point – if this were an island the size of North America.

The scout chuckled at the mock-Tudor home opposed by the 1970s brickwork and flat roof of McColl’s. On the road down to Ottery, the scout was passed on a narrow section by a Wankmobile that drew up just ahead of him at the junction by the former level crossing.

The station building and S.M’s. house at Ottery St. Mary still stand but have been rather clumsily extended. 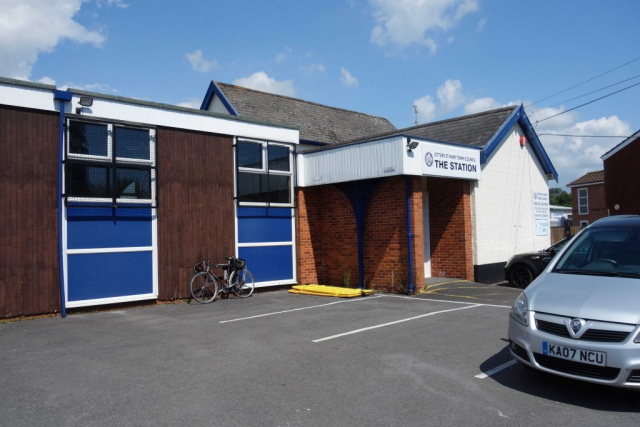 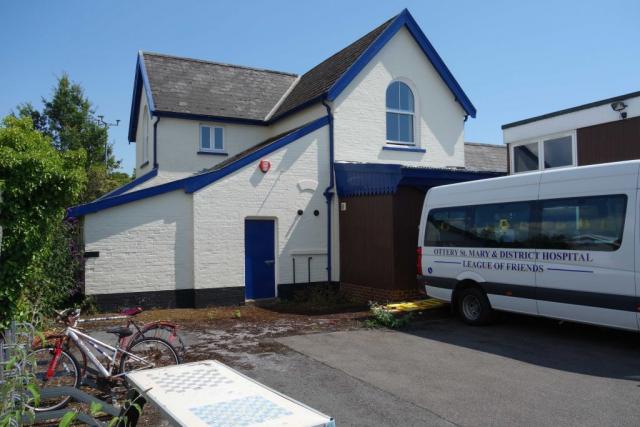 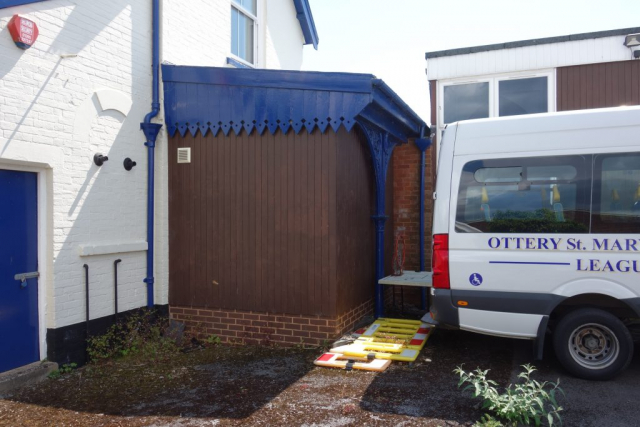 A large trading estate has sprung up on and around the station since its closure. As everywhere else this has happened, it was simply inconceivable that any future functions could have been served by rail transport. This becomes an especially ridiculous failing when one of the traders is an Irish rail contractor, whose vans are seen racing around all over the country.

Just along the road into town is the magnificent late 18th century mill building, latterly used by Ottermill Switchgear, one of whose maker’s plates can be found in the exhibition at Christow.

The complex of ancillary buildings has gone, partly replaced by homes, revealing the main elevation seen here. The original water-powered factory’s supply came from a leat with a very unusual tumbling weir. 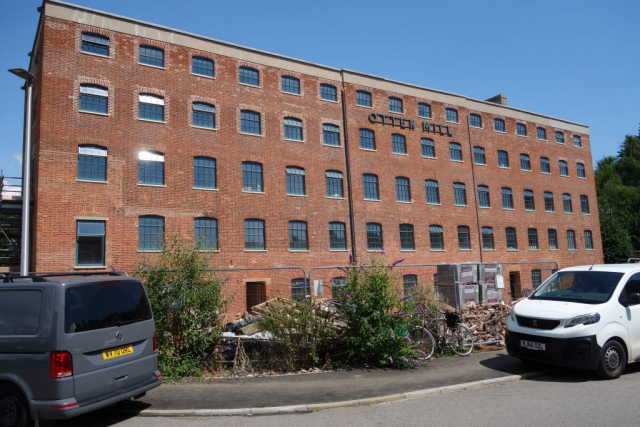 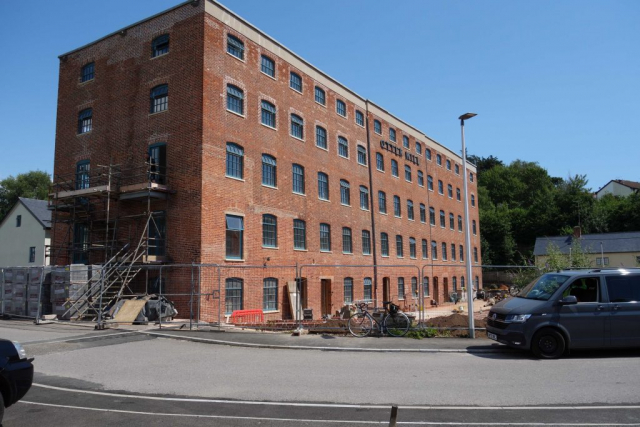 A short ride alongside the leat brought the scout to Land of Canaan, a public park named in recognition of Ottery’s most famous son. There can be no excuse for any Ottery schoolchild not knowing the words of Kubla Khan (1797) off by heart, for the entire poem is inscribed on granite edging in the park. The work was completed in 2012 by the Coleridge Memorial Trust.

It is fitting that the scout ate his lunch in the churchyard of St. Mary’s, where Coleridge’s father was vicar. 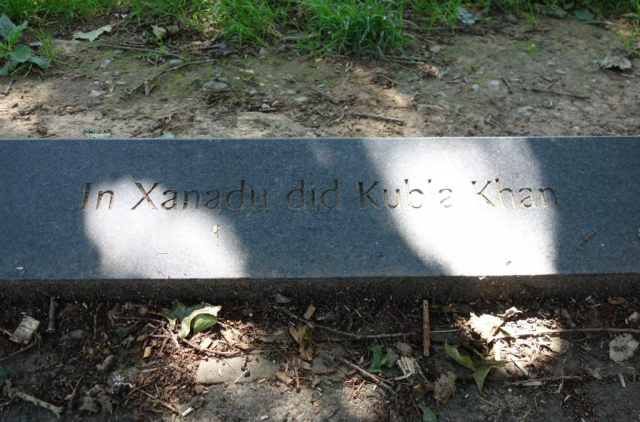 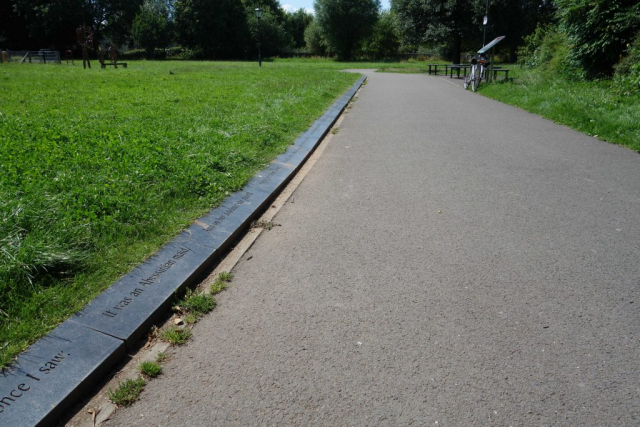 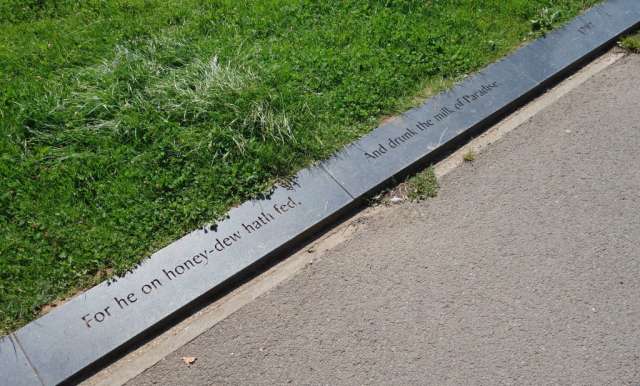 The scout rode out of town towards Chineway Hill and struck off along a contour footpath, from where splendid views across the Otter Valley to Haldon, Dartmoor and the Raddon Hills were had. He then dropped to the delightful Gittisham, until 2004 part of the Combe Estate.

On his way to Honiton, the scout came upon a Lister Auto-Truck amongst some other relics enlivening the verge. The engine, a 600 c.c. single cylinder JAP, drove the single front wheel beneath, which could be steered through 360 degrees.

The fine fellows at Inverter Fusion were not only good enough to price generously a Lincoln “auto-darkening” helmet, but also throw in delivery to enable the scout to ride home, rather than catch the train, making a 45-mile day.

He stopped where the road first trodden by Romans crosses the Sidmouth Branch to look at the 1950s replacement bridge alongside. In such situations, he often thinks, not of the regular traffic, but of the unusual workings. So he tried to picture the S.O. Exmouth to Cleethorpes holiday train near the start of its long journey passing beneath the concrete span.

The new A30 dual carriageway passes just beyond. While at the planning stage, calls from the Railway Development Society for the new road to be raised to allow for reinstatement of the Sidmouth Branch were rejected. 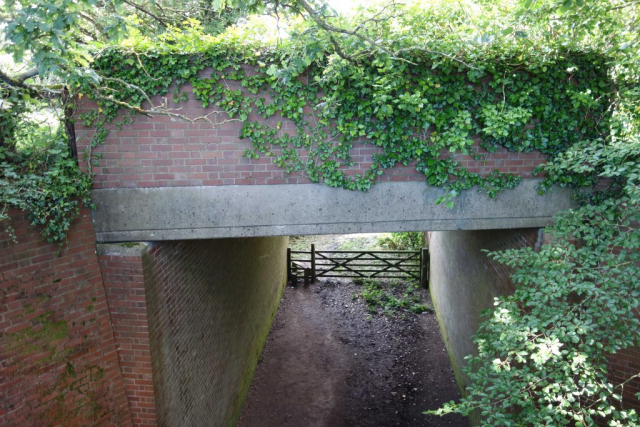 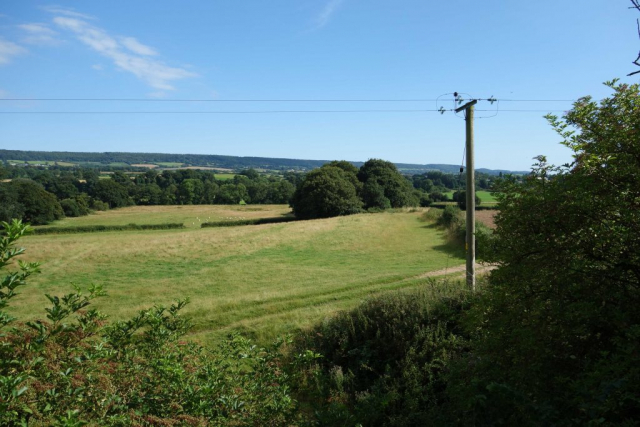