The scout drove the railway’s utilicon to Honiton in July, 2020, to collect a new three-phase welding set. He left both at Inverter Fusion – which makes its own lightweight inverter sets, in Devon – and rode via Cotleigh, Stockland Great Castle and Stockland Hill Transmitting Station to Stockland village, where he ate his lunch in the quiet of the churchyard.

The scout has no head for heights and dared not even imagine the climb to the top of the mast at Stockland Hill, erected in 1961 to transmit television signals at 405 lines. He can barely look at photographs taken from above.

He was surprised to find the airfield at Smeatharpe, strictly R.A.F. Upottery, derelict, for he had vaguely thought that some use was still made of it, like Dunkeswell, where he had been the year before, on a ride from Honiton to Taunton, via Hemyock and Wellington.

The scout realized that he had come upon a place which he would have to do his best to understand before going away to read about it. A memorial at the airfield provided a good start.

In September, the scout caught the train to Honiton and after collecting some contact tips for the welder and browsing the little hardware store on High Street he set off along the same quiet lane he had followed in 2019.

The first feature he saw was where the road from Honiton veers right as an abandoned course continues straight ahead. Roads across the land requisitioned for the airfield were closed off for the duration and after the war the main road was diverted along the perimeter taxiway to the edge of Smeatharpe.

A lane running north to south was reinstated using part of the taxiway and the full 1,400 yards of secondary runway 03-21* – the scribe has had to learn runway designation, given in tens of degrees in both directions – to a resited Clayhidon Cross, nearby which is the memorial mentioned and the Smeatharpe Stadium. This must be one of the most unusual public roads in Devon. (* It is shown as 02-20 on one plan.)

Dunkeswell was started in 1942 and opened in 1943 as an anti-submarine station. Its neighbour, Upottery, was started in 1943 and opened in February, 1944, as a troop embarkation field. They were two of 50 airfield construction contracts awarded to George Wimpey, this one valued at £1.2-million (around £60-million today). The runways alone needed 40,000 cubic yards of concrete. With the plague causing government to build another huge national debt, this is a reminder of how the last one was accrued. 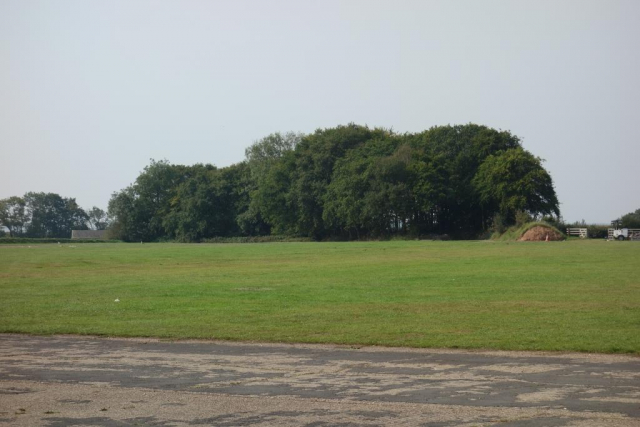 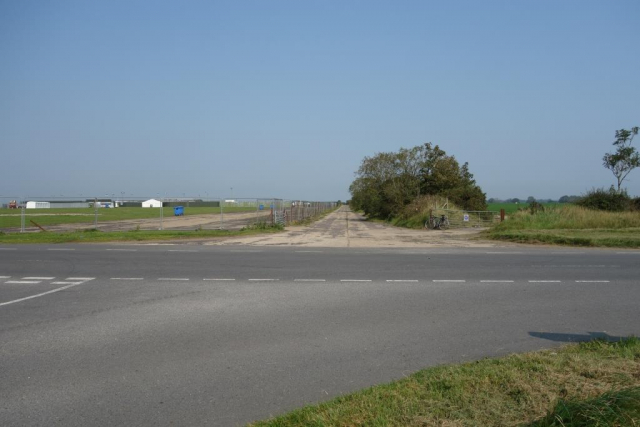 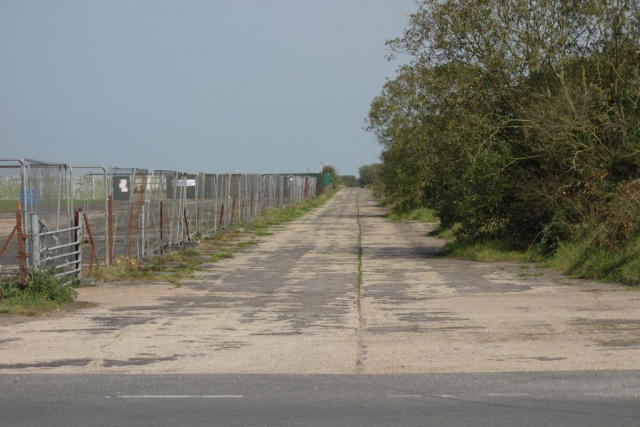 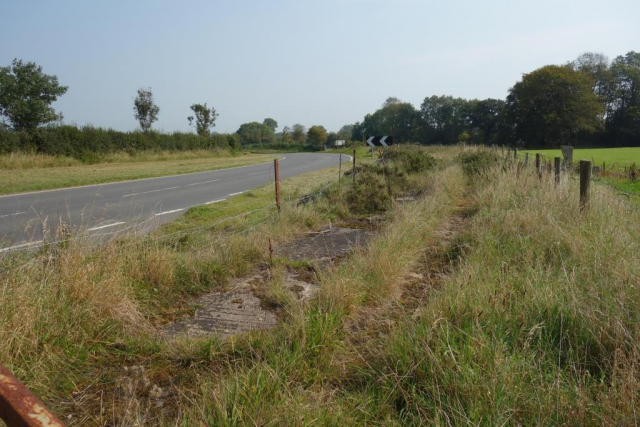 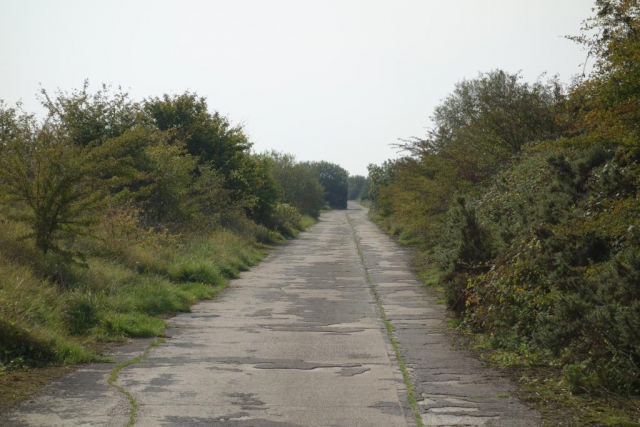 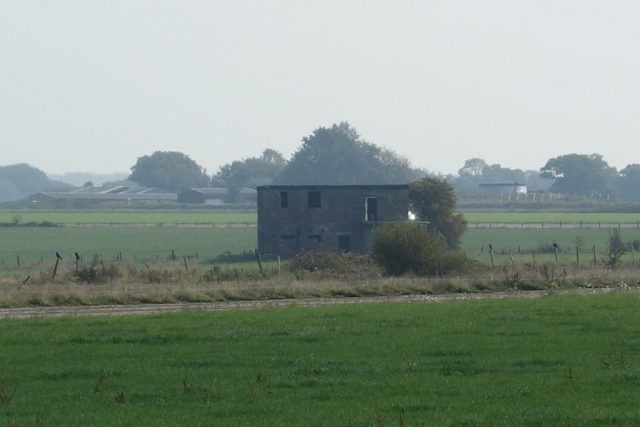 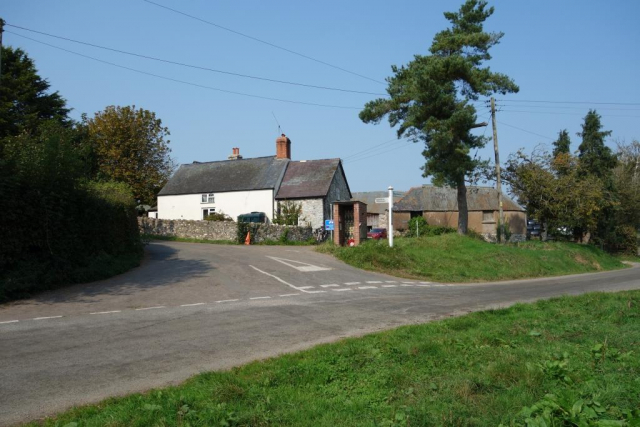 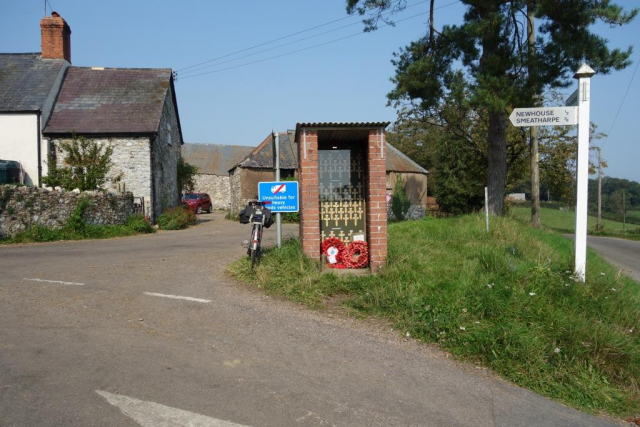 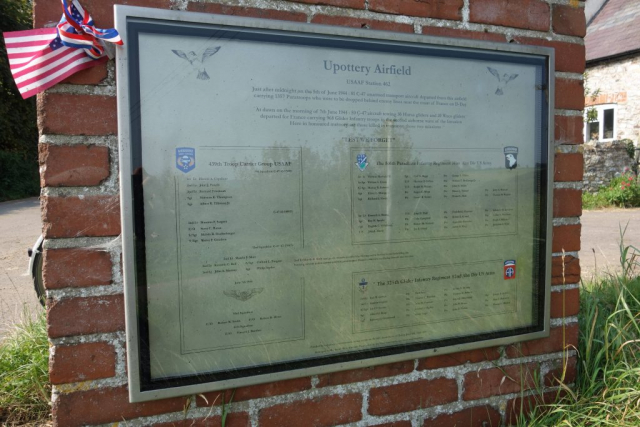 A year’s frenetic activity was followed by virtual disuse. The airfield was finally given up in 1960.

Most of what the scout read on the subject came from the excellent web pages of South West Airfields Heritage Trust. The trust curate heritage centres at Dunkeswell and Upottery. Unfortunately, the plague forced their closure in 2020.

Leaving Smeatharpe, the scout stopped to look at the nissen hut of the heritage centre and then rode through Churchinford to the third Blackdown airfield, R.A.F. Churchstanton, the second highest in the country. It was later renamed R.A.F. Culmhead to avoid confusion with other stations beginning with “Church.”

It was started in 1940 and opened in 1941. As a fighter station it had shorter, tarmacadam runways. Jet aircraft were used here for the first time in 1944.

The airfield was closed in 1946 and a signals station was established in the triangle formed by the three runways. Its intercepts were sent to G.C.H.Q., Cheltenham. It closed in 1999 and the site is now a business park which the scout entered and explored.

Again, the S.W.A.H.T. pages are exhaustive on the subject.

It was then less than a mile to the road along the Blackdown ridge, for nearly three miles the Devon-Somerset border. The scout followed this to the Wellington Monument which he knew to be under major repair.

The scout dropped from the ridge and joined the A38 outside Wellington, following the old road across Beam Bridge, over Whiteball and down the other side, clocking 41 m.p.h. on the descent.

He turned off the busy road, took the dead-end to Pugham Crossing and followed the lanes to Sampford Peverell Station, today’s Tiverton Parkway.

There are two overspill car parks here but with passenger numbers having plummeted during the plague, all the cars could have been left beside the platform.

The weary cyclist was looking forward to tea and cake at the little buffet but it had closed. As the scout was pushing his bike up the long ramped access to the footbridge, a wretched Hitachi rolled in. He was thinking of catching the train home from here but had a sudden change of mind and shunned the boring train, instead riding on along the path to Willand.

He bought a snack in Cullompton, which, after turning off the A38 and passing Killerton, he stopped to devour on the crumbling bridge at Rewe. He returned to the railway’s utilicon in Exeter having ridden 65 miles.